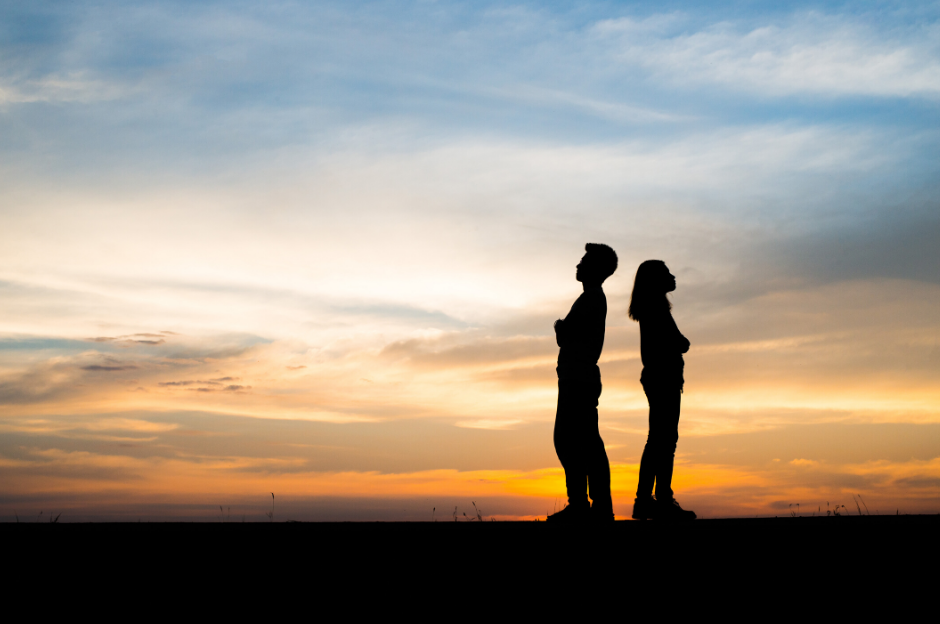 You’ve had a conversation with your spouse and you’re ready to cry. But you’re not sure whether they are tears of hurt, frustration or both. Your spouse didn’t raise their voice or use bad words and maybe he/she was even calm during the conversation. You might even start to wonder if you’re overreacting. Is this normal? Are you the problem? Here are conversational clues you’re in a relationship with a toxic spouse:

Maybe he wants to repeatedly rehash the relationship you had with your ex. Maybe he mocks your sister’s poor life choices. These are not productive or helpful conversations. In a healthy relationship, you could make clear to your spouse that it’s hurtful to hear him bash your sister or that there’s no reason for him to be jealous of a relationship from years ago. It would be safe for you to tell him that’s it not ok anymore for him to bring up certain topics. In a healthy relationship your spouse would truly hear you when you say this, even if he doesn’t like it. A toxic spouse repeatedly ignores these boundaries and acts as if you never created them in the first place.

They Portray Themselves As the Victim

Maybe his parents mistreated him. Maybe he had a series of bosses who didn’t understand him or he believes all his past girlfriends betrayed him. He has been wronged so deeply he likes to dwell on it and he may exaggerate it a little (or a lot). Being married to a victim can be incredibly draining as his victimhood will be a frequent conversation with seemingly no good response. Clinging to the victim narrative makes it impossible to move on and makes it hard to be fully engaged in friendships and relationships. Healthy people recognize that life has a lot of ups and downs. We have all been wronged at times and we have all been incredibly blessed at times. Healthy people try their best to live in the present and believe that life is what you make it; they don’t keep hashing out ways they have been wronged in the past.

He Tells You Why You Are The Way You Are

He will rattle it off quickly—your parents were dysfunctional and you had daddy issues so that’s why you don’t trust him. You were raised in a repressed household and spent too much time at church which is why you cannot enjoy sex. He will say these things with such confidence and so frequently that you find yourself believing him.

Providing these narratives is a form of emotional manipulation used by toxic spouses because it makes them feel smarter and more important, while undermining your confidence in how well you know yourself. Toxic spouses use these narratives to make you feel that something about you is the problem.  No one’s life story is that simple. We are the product of millions of experiences and we are all complex and complicated. A healthy spouse does not assume he knows why you are behaving a certain way.  Instead of telling you why, he asks you what’s going on and then truly listens. It doesn’t matter if he’s been by your side for three months or thirty years, only you know all of your experiences, thoughts, feelings, hopes, hurts and triumphs.

He wants an explanation for why you refuse to have dinner with his friend who makes you uncomfortable or why you are not up for sex right now.  Or maybe he is demanding an explanation for something that happened years ago and you have tried before to explain it to him. Demanding to know “why” is how toxic spouses try to manipulate you emotionally into believing that you are being unfair or that you are in the wrong by not fully explaining what happened, that you are not even giving them a chance to defend themselves. The problem is a toxic person cannot truly be present to hear things that reflect poorly on them.

They don’t want to know how they can meet you in the middle and make it right. Instead, they want to listen to you just enough to immediately jump into defending themselves and showing you why they are right and you are wrong. This is why if you try to offer the explanation the toxic spouse seemingly wants, you will find yourself drawn into hurtful and unproductive arguments. Healthy relationships are not built on explaining yourself or rehashing past wrongs.

When two spouses in a healthy relationship want to come back together after things go wrong, they ask things like, how can I can make this right? How can we move on? They don’t say, I deserve to know why you behaved this way. And since healthy people realize that everyone makes mistakes, a healthy spouse would be able to find some behavior of his own that contributed to the problem and sincerely apologize for that behavior as a show of good faith after problems arise.  Sincere apologies are difficult for a toxic spouse because in his worldview, he is the victim, not the person who causes problems.